There are two kinds of people in the world:

I belong to the first group and I have very little patience with the second. To me, they own responsibility for a great deal of gridlock, paralysis, and kicking the can down the road to become someone else’s problem.

Caught Up in a Negative Loop

Unfortunately, many idea-generators and solution-creators get caught up in a negative loop when fault-finders start lobbing complaints and concerns at them. The get-things-done people try to find a work-around for every objection, only to be hit with a different “problem” or “concern.”  They attempt to fix that one only to run into another. 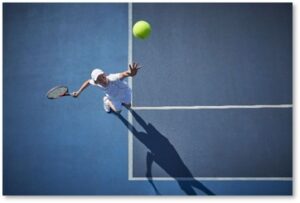 It turns into a psychological game of tennis in which the worrier, fault-finder, objector, or protestor enjoys lobbing the ball back over the net more than they want to win the game.

Accomplishing something, making a positive thing happen, or fixing a problem takes second place to their primary goal, which is to take control by stopping the doer in his or her tracks. In a negative loop, stalemate can become winning.

Sometimes, perfectionism drives a negative loop. You may have heard the phrase, “The perfect is the enemy of the good.,” commonly attributed to Voltaire. It means that trying to make something perfect can actually prevent us from making it just good.

The negative loop came to mind on Sunday when I heard someone on a Zoom meeting talk about helping another person to clean out her house before moving. Like many people in my generation (or older), the woman downsizing faced an enormous problem and it was paralyzing her. 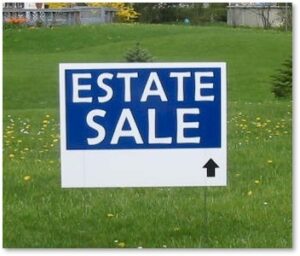 I suggested two solutions: (A) If the inventory was large or significant enough, employ an estate-sale company to handle it, or (B) give unwanted furniture to an organization nearby that repurposes old household goods for low-income people who are creating a new home.

A third participant revealed the real problem: the mover’s children didn’t want someone coming into the house and handling their things. This is classic objector behavior. 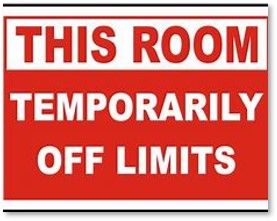 The objection over “my things” can actually be handled quite easily:

I would add a fourth, “Give the children responsibility for cleaning out the house,” but that would just put the objectors in complete control and likely prevent any action at all.

Ensuring That Nothing Changes

The children’s goal here most likely had little to do with their ‘things” and a great deal to do with making sure that nothing changed.

You can see that the children’s objections had more to do with their own comfort than with helping their mother or making her life easier.

This family story serves as an example but the same dynamic goes on in business as well. In that case, of course, the objector has different goals. They: 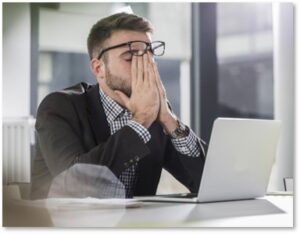 During my career, I encountered many people of this type. One company had so many of them in the upper ranks that I spent more energy fighting my own senior management to get things done than I did overcoming the competition.

Some managers actually take a sadistic pleasure in making employees jump through hoops or slamming the door on their projects. It gives them a sense of power and importance that’s missing from the rest of their lives. I have actually heard the word “torture” used on both sides of the pattern.

The key to breaking the negative loop is not to participate in it at all. People who get caught up in this dynamic do so because they assume the objector really wants to get something done, therefore the concerns expressed must be valid. They don’t and they aren’t.

Instead, put the onus on the objector to take care of his/her particular problem. In the case of cleaning out the house, it would be: “I’m selling my things in this way on this date. You are responsible for removing your things by that time. I don’t care how you do it, That’s up to you. But the stuff can’t stay here.”

The business world complicates a negative loop, of course. It works with people at your own level or below. One can’t hand the boss an ultimatum, however, and say that you’re just going to move ahead with your project, regardless.

A boss or senior manager has the power to stifle your best ideas and keep you from doing anything. Over and over again. It feels like driving down a narrow country road with a police car right behind you. 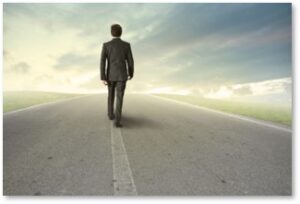 Sometimes you can muster support from your peers in the department or from folks at your level in another department. You might find a person at your boss’s level to support you. Enlisting an independent outsider to back you up works best, of course, because that person will have authority and credibility you might lack.

Failing those approaches, you just have to deal with the negativity. After months or years of frustration, you may need to leave and find an environment that’s more compatible with your style of work.

One way or another, refuse to play the game. Break the negative loop and save your sanity.