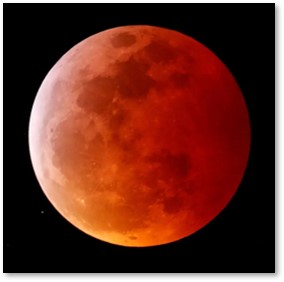 I haven’t written about sky news for a while, much less black holes, mostly because I’ve been preoccupied by other things. That doesn’t mean nothing has been happening up there. Asteroids have whizzed past Earth and last night we had the total lunar eclipse of a super, flower blood moon. Not that we could see it through the overcast up here in New England.

Another example, Asteroid 7335 is expected to approach Earth on May 27. At 1.1 miles across, it would do serious damage if it struck our planet. Fortunately, 7335 is expected to pass us from around 2.5million miles away. That still classifies it as a “close approach,” which makes it “potentially hazardous.” Just sayin’.

You can track the next five near-earth asteroid approaches on
NASA’s Jet Propulsion Laboratory site.

Two things piqued my interest recently, however. One is the first picture of an actual black hole. The second looks like a little door on Mars. I’ll start big and go little. 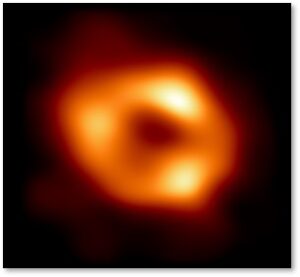 On May 12, NASA used the Event Horizon telescope with its submillimeter radio waves to confirm the existence of a black hole in the heart of the Milky Way galaxy. Our entire galaxy with its spiral arms theoretically rotates around this supermassive singularity, which has been dubbed Sagittarius-A+.

As described by NASA,

“The large image contains X-rays from Chandra in blue and infrared emission from the Hubble Space Telescope in red and yellow. The inset shows a close-up view of Sgr A* in X-rays only, covering a region half a light year wide. The diffuse X-ray emission is from hot gas captured by the black hole and being pulled inwards. This hot gas originates from winds produced by a disk-shaped distribution of young massive stars observed in infrared observations.”

Black holes are not simple things to understand. If you have the time and the interest, you can read more from NASA.

All we have to know for now is that Sagittarius-A+ exists, is enormous, and feeds on a stream of hydrogen gas. What I don’t understand is this: If black holes have enormous gravitational pull and drag everything that crosses their event horizon into them, why is the galaxy expanding?

A Doorway on Mars 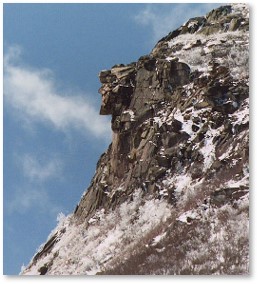 The Old Man of the Mountains

A lot of people grew excited when cameras found a “face” on Mars. It looked interesting to me but anyone acquainted with natural phenomena knew better than to get hooked on this image. New Hampshire’s “Old Man of the Mountains” Scotland’s Dunino Den or the Huatulco Stone Face in Oaxaca present classic examples of natural rock formations that look like faces.

Human beings have a proclivity for seeing faces in strange places: rocks, trees, dog fur, slices of toast, even nebulas. This is so common, there’s a name for it: pareidolia. When it comes to seeing doors where they don’t belong, though, things get a little murkier. 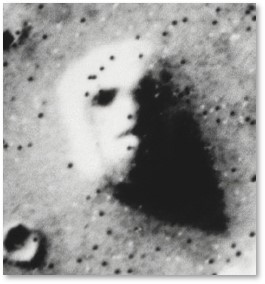 The Mars Face turned out to be a trick of light and shadow on rocks. Duh. But last week a door showed up on Mars. Now, that’s more interesting!

NASA’s Curiosity Rover turned its Mast Camera on a rock wall and discovered an opening that looked suspiciously like a door. The image became immediately newsworthy and appeared all over the internet.

Well, of course it did! Who wouldn’t find a door on Mars intriguing? After all, inquiring minds want to know who made the door. Is the door still being used? Where does it go? One of those inquiring minds is, of course, mine.

First, you have to know that the opening is much smaller than the photos make it appear. To me, that doesn’t mean anything, except that it could be used by small Martians. Or drones. It’s less than three feet high, so R2D2 would have trouble going in but smaller droids (the ones we seek) or drones would fit just fine. 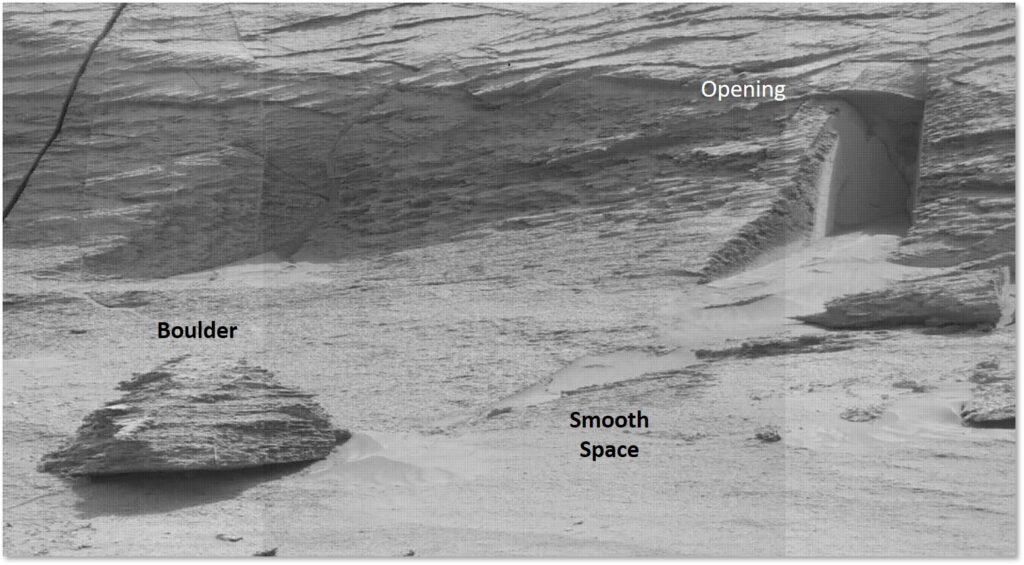 Second, the scientists are already explaining the opening as the result of “natural forces.” Okay, I get it. A piece of rock is lying in the Martian dirt several feet away from the “door.”

Because the wall is made of sedimentary rock that displays vertical cracks, British geologist Neil Hodgkins, who has studied the geology of Mars, thinks the door was caused by erosion. Thus, it’s not a door but a fractured rock outcrop and the boulder fell away from the wall under its own weight. We are assured this can happen on even a gentle slope the weaker gravity of Mars.

Hmmm. If that were the case, why is it lying so far away from the wall? Why is there a smooth space in the dirt that looks like a scrape or drag mark? Even in lower gravity, that seems unlikely. One would expect it to just tip over and stay close to its former position. And the door frame just seems so artificial with its right angles and straight lines. The experts make this explanation almost seem like a real stretch, the geological equivalent of swamp gas and weather balloons. Those were two mainstays used to explain away UFO/UAP sightings.

Let’s Get a Closeup 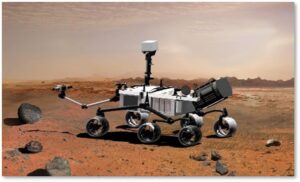 This explanation would all be so much more acceptable if the lines weren’t so straight, the angles so precise. If it didn’t look so much like what we would build if humans wanted a door.

Here’s what I want: Curiosity to roll right up to that door and train its Mast Cam on the opening. If this is, indeed, natural erosion, there might be a tourist area here one day, “Martian Door Planetary Park” where colonists can come to see the fractured rock outcrop that looks like an opening.

If not, then we have a whole different story.