My friend Michael Bugda commented on yesterday’s post, “Everything I Learned in College Was Outside the Classroom,” by adding another life lesson: 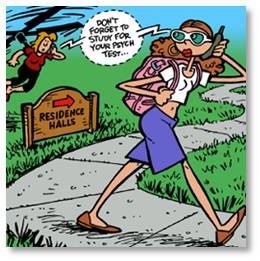 And right he is.This is a critical part of the growth process that took place in college for my generation but seems to be happening later now. When I read about “helicopter parents” who micro-manage their child’s college experience, even intervening with the administration for them, I wonder how these kids will ever grow up.

In college you have to figure out how to deal with a lot of problems. Ideally, this is done on your own and without someone holding your hand, opening doors, or making phone calls on your behalf. The kinds of problems one encounters can be relatively simple, such as changing roommates, adjusting course loads, choosing a major, or moving to a dorm that better fits your lifestyle. Or they can be complicated, like dealing with a suicidal friend or wondering how much you can do for a roommate who seems determined to get into trouble.

Either way, dealing with these problems is part of the growth process. Making those decisions is how we mature and learn to accept responsibility. Experiencing the consequences teaches you what works and what doesn’t. It’s not just finding out how to be competent, it’s learning that we can be competent, that we have the capacity for growth, for expansion, and for getting tough when the world doesn’t go your way 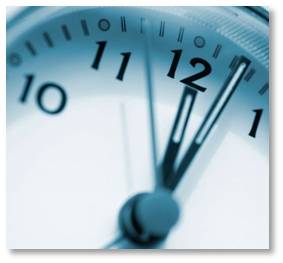 Back when I was in school, of course, things were vastly simpler. There were no drugs on campus—or, if so, they were invisible to 98% of the student population. There were girls’ dorms and boys’ dorms and never did the twain meet except in off-campus parties and on-campus activities. I never had to face a boy in the bathroom at 7:00 a.m. and, frankly, that was OK with me.

Girls had curfews—times when we had to be back in the dorm or incur demerits for being late. (Boys, of course, had no such restrictions.) These curfews were usually 9:00 p.m. on weeknights, 10:00 p.m. on Friday nights and midnight on Saturday. This now-quaint custom explains the lyric in the Standell’s “Dirty Water” that says:

“Frustrated women (I mean they’re frustrated)
Have to be in by twelve o’clock (oh, that’s a shame)
But I’m wishin’ and a hopin’, oh
That just once those doors weren’t locked
I like to save time for my baby to walk around”

Think about that when they play it after the first @RedSox win of the season.

I can’t imagine the complications for today’s college students. Readily available drugs, the “hook-up culture,” co-ed dorms, binge drinking, roofies, and campus rape are a level of problem that makes my head spin.

I watched a show called “Parenthood” in which one of the grandsons, Drew, had a roommate who was constantly hooking up with a series of girls in the dorm room. This meant Drew could not get in to the room to sleep and had to find someplace to stay for the night. After Drew bunks for a few nights with his older sister and her fiancé, Ryan, cramping their style, Ryan pays a visit to Drew’s roommate. A veteran of Afghanistan, he explains to the roommate with absolute clarity why this situation will never occur again because if Drew has a problem, Ryan has a problem. And Ryan will deal with it.  Although this @nbcparenthood scene might not have been totally realistic, it was priceless. I wish I could link to a video but I couldn’t find one anywhere. While this problem never occurred in my dorm, I’m sure it’s one today’s students struggle with on a regular basis.

The Food is Terrible—and Such Small Portions

When I was a freshman @Northeastern University in Boston, I lived in Speare Hall. It was a brand-new dorm, built on the site of the old Boston Opera House, and the food service, while adequate at first, went steadily downhill. Lunch shrank from a variety of choices to hamburgers every day served with whole peeled potatoes that had been dropped into the deep fat fryer. At dinner we split open biscuits to discover the larval stage of the flour beetle baked in (for a little extra protein). They put out pats of rancid butter that smelled like vomit and, when we complained, we were told it was just unsalted. Finally, I reached the breaking point. As I said yesterday, the dorm was pretty much my only source of food so I couldn’t just stop eating there. 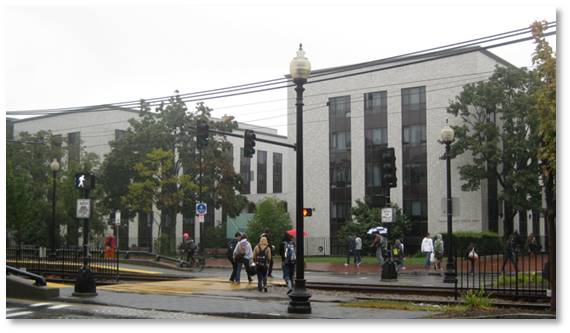 Instead, I organized a food strike. @Speare_Hall housed about 400 girls. I gathered my friends along with others as disgusted as we were. We made up and distributed flyers and talked to as many girls as we could reach.  Eventually we got everyone to stop eating in the cafeteria. It was hard for me because I didn’t have much money to eat elsewhere but it seemed to be the only way to get the university to pay attention. The food service was contractually obligated to cook enough food for the residents so they ended each meal with tons of uneaten food. They responded at first by getting the entire faculty, dorm administrators and others to eat there. Finally, they were forced to start serving better food. It only took a few days, although it seemed longer. The following year, a new food service vendor was in place.

I had a problem and I figured out a way to fix it. It never occurred to me to call my parents. The process wasn’t as simple as getting a flock of helicopter parents to descend on the administration and demand that they improve the food. But it was much more empowering to realize that we could and did accomplish it ourselves without parental involvement of any kind. Who knew we could do this? It certainly wasn’t us — until we did it.

Years later, I would put that problem-solving ability and determination to work in my career. But it all started outside the classroom.