Skip to primary content
Today’s news contained two widely disparate stories that both had me scratching my head and wondering, “What were they thinking?” 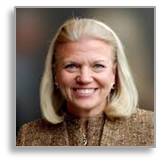 First is the @WSJ story about @IBM’s Q1 earnings and CEO Virginia Rometty’s “pep talk” letter to her employees: Think Fast, Move Faster. Wow, that’s profound. I wonder why thousands of IBM’s employees never thought of that. Even more important, I wonder what has kept them from doing it before this. Four things occurred to me:

This story reminds me of last month’s post, Big Companies Want to Think Small. I would think it’s easy to sit in the corner office and order the ground-level employees to do something about a problem. But it’s a lot harder to for those senior executives to go out and visit customers, listen to market research, talk to product development, figure out what the problem is and implement a plan to fix it. Sometimes you have to get your hands dirty.  Sometimes you have to take drastic action yourself instead of just telling others to do it. And isn’t that what they get paid the (really) big bucks to do? 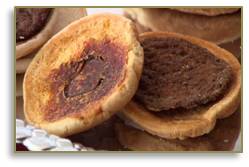 Mummy, can we eat at McDonald’s?

And speaking of moving faster, there’s the Utah man whose wife put her hand in the pocket of a coat that was hanging in a closet and found a hamburger that had been there for 14 years. One four. Fourteen.

OK, Dave Whipple bought the @McDonalds burger for 79 cents in July of 1999 as a promotion for the diet supplement he sold, so he didn’t just put his lunch in his pocket and forget it. At some point, though, he did stuff the burger in that coat pocket. He didn’t plan to eat it later, so why did he do that?  Then the coat sat in a closet, untouched, for many years. Granted, it’s hot and dry in St. George, Utah, so the thing naturally shrank into mummified fast food. But still. Didn’t anybody smell it?Who puts a hamburger in a coat pocket? What was Mr. Whipple thinking?  Maybe he and Ms. Rometty should do lunch.