“The news media are, for the most part, the bringers of bad news… and it’s not entirely the media’s fault, bad news gets higher ratings and sells more papers than good news.”

On most week nights Diane Sawyer and I have dinner together.  She reads the news while I prepare the meal.  It’s almost always bad (the news, not the meal).  I listen to the news because I grew up in a family that listened to news.  It has been an integral part of my life, even when I was too young to really pay attention to it.  Newscasts used to be more balanced -– human interest and good news were part of every broadcast.  There wasn’t as much bad news and it didn’t affect me the way it does today.   When bad news happened it was shocking because it was well…bad news. 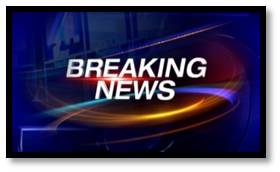 Growing up on military bases in Europe we listened to the Armed Forces Network.  It was the only outlet available (apart from the Stars and Stripes newspaper) for news in English.  It was usually a five minute broadcast at the top of the hour and it was not to be interrupted.  When the news came on it had my parents full attention.

We were living in Germany when President Kennedy was assassinated.  My parents were in shock; the radio our only connection to the devastating news from Dallas.  We could do nothing but listen.  We had no television – no visual confirmation that it was true – which allowed us to hope it might not be.

I had never heard anything like it and I knew it was more than just news, it was bad news.

Today there are channels with nothing but news.  When Ted turner launched CNN in 1980 he changed the dynamic that news could only be broadcast at certain times of the day, in 30-minute segments.  It was the world’s first live, 24-hour, global news network, and Turner was ridiculed for his idea of all news all the time.

That changed in 1991 when @CNN began live coverage of the Persian Gulf War, and eventually became known for covering events around the world as they happened.  CNN gave us 24 / 7 visual confirmation of bad news and James Earl Jones. The news and the free world reached a turning point on September 11th 2001.  Terrorist attacks launched by the Islamic terrorist group al-Qaeda hit New York City and Washington, D.C.  Televisions, radios and computers confirmed the shock and horror of what was happening.   I watched, and along with the rest of America, I changed.  We became news vigilantes, watching and fearing bad things would happen again.  We were not disappointed.

Breaking news is almost always bad news and lately a lot of bad news things have been reported:

How does a jetliner simply disappear without a trace?   I desperately want them to find this plane.  I want the people to be alive and the families reunited.   Each day that passes dims the hope of that happening. I am left with a heavy heart and the feeling that too much is wrong in the world.  I want all of this bad news to be made right.  It feels like I am waiting for Superman.

We watch the news because we want to know what has gone wrong rather than what has gone right.  If it bleeds, it leads — media has a filtering process that lets the bad stuff rise to the top.  Mainline media outlets report negative events while good news is buried and usually involves sports, a monkey or a dog and You Tube.

I decided to look for good news. The positive issues of the day can still be found but they require a bit more effort. I’m not talking about manufactured news or celebrity scandals but genuinely good things that happen each day.  Good news is not in short supply, it just has nothing to sell it –- there is no PR machine for good news.

We can’t change the bad news –- it’s out there- but we can change how we react to it and how often we watch it.  I don’t mean we should pretend the bad things didn’t happen.  Balance the tragedies with reminders that there are things going well.  Turn off the news.  Not permanently, just once in a while.  We should stay informed, with awareness of what is happening in our world, but let us be mindful of the good around us and celebrate it.  We live in extraordinary times. 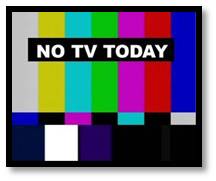 Global Good News and Good News Network are two web sites committed to good news.  A few minutes on either of these sites will educate you and lift your spirits.   No sensationalism here.  You will find good reporting and meaningful stories on history, science, technology, health, everyday people and maybe even a dog story.  OK, there is a dog story.

I am not breaking up with Diane, but I’ve decided she can’t have dinner with us every night.  It’s going to be harder on me than it will be on her.