Most people catch a cold, take some medication, eat some chicken soup and wait a week to get better. I catch a cold and it goes straight into my sinuses. Within two days I have a raging case of sinusitis and nasal breathing shuts down like a bank teller’s window at 5:01 pm.

Over-the-counter decongestants that open nasal passages up for others have the opposite effect on me: they lock up my sinuses completely. It feels like having concrete poured into my head. (Some people may claim I’m like that all the time but I’m not going there.) 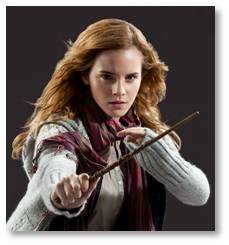 Thus it was no surprise when the cold I came down with on the way home from Philadelphia last Monday had me gasping for breath by Wednesday.

Fortunately, my doctor knows this happens to me once a year, right around this time, and he just calls in a Z-Pak to the pharmacy. Once the antibiotics start to kick in, I begin to feel better gradually. The azithromycin always takes longer than I would like. But then, what I would like is Hermione Granger waving her wand and chanting “Sinus Expelliamus!” for instant relief.

This time, however, I went into denial that the infection had kicked in so quickly and didn’t call until Thursday. That meant I spent three nights sitting up on the sofa with something, anything, on TV while I put warm compresses on my face and tried to pull in enough breath to sleep in fits and snatches.

That’s all bad enough. But something else happens when your sinuses turn to concrete: you lose your sense of smell and taste. 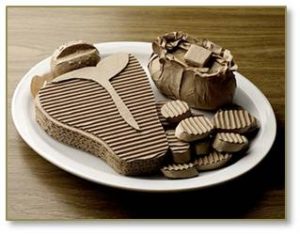 Well, the cold pretty much demolished my appetite to begin with but, when I did eat, I tasted nothing. My son made chicken soup from scratch, which I assume was delicious, but it was enough for me that the soup was hot because it helped to clear my sinuses.

Also, I haven’t eaten much because my stomach has shrunk to approximately the size of a walnut. I get full fast and why keep eating when you’ve had enough cardboard for one meal?

I miss food. I miss taste. I look at meals on plates and remember how good they tasted. I think about treats like doughnuts, potato chips, peanuts, and popcorn but I’m not tempted to ingest any of them. Who needs high-calorie cardboard?

This should be a diet thing. Imagine putting lack of smell and taste into a pill or a nasal spray. You could take it for a week or a month and it would cut off those cravings pretty quickly. Cinnamon doughnuts? Cardboard with grainy things on top. Chocolate cake? Cardboard with sticky stuff on it. Beer and soda? Water with bubbles that go up your nose. How about a tub of hot buttered cardboard? 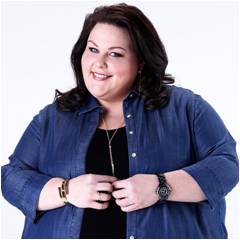 Would Kate on This Is Us keep stuffing herself with junk food if she couldn’t taste any of it? Would losing her appetite do a better job for her than gastric bypass surgery? It would certainly be less invasive. Would the physiological effect of sugar on the body overwhelm the mind’s disinterest in soft comforting cardboard? When taste returned, so would the craving but other programs have solutions for that.

In the meantime, improvement continues slooooowly.  I can now breathe enough to sleep at night and that makes a huge difference. I can just perceive there’s fragrance in the Nantucket Briar hand cream I just used—a scent so intense it drives the cat away.

In the meantime I’m happy to eat less and let my stomach shrink even further. We’re even saving money because why go out to eat when you can’t taste the deliciousness of what you ordered? There’ll be plenty of time and opportunity to enjoy what I eat once this evil cold finally runs its course.

Even then, though, I’ll try to keep my meals walnut-size.