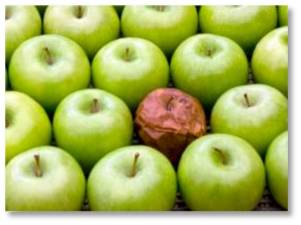 Last month I made a comment on LinkedIn in response to an article entitled, “Easy to Spot but Not to Fire” that has been viewed many times. The author contended that bad employees are easy to see and, therefore, easy to get rid of. Unfortunately, this is often not the case.

Anyone who has worked in companies, particularly in high tech, has encountered these people and wondered at their ability to hold on to their jobs in spite of the damage they do. Here’s what I said in my reply on @LinkedIn:

“The truly terrible people may be easy to spot but that doesn’t mean they are easy to get rid of. It should work that way but it often doesn’t. The reasons why a truly terrible employee is often kept around are myriad. I have blogged about some of them, most notably in “Dysfunctional Bosses: Does That Executive Seem Normal?”

But it’s not just executives. In the high tech industry in particular, these people are not uncommon and their craziness often passes for normal. It’s tolerated and sometimes encouraged. They stay on but everyone around them bails out at the first opportunity. And new job candidates are warned off in social media so they aren’t tempted to fill the jobs, even in a bad climate. The result is a culture of mediocrity and malaise.”

It’s Who You Know

So, after a fair amount of thought, I offer my explanation—actually seven reasons—why bad apples hang around a company long after everyone around them knows they’re crazy, dysfunctional and/or toxic.

Maybe they rowed heavy-weight eights together on the crew team, belonged to the same eating club in an Ivy League university, played on the same softball team, or were college roomies. Perhaps her dad or his mom owed someone a favor. Maybe Uncle Fred knows that his crazy nephew won’t get a job anywhere else. Whatever. They have a connection that you will never know about or understand. It is strong and it will resist any amount of complaining, either formal or informal.

It’s What They Know

Maybe he does. She might have written her roommate‘s papers or he helped his frat brother cheat on finals. Perhaps he knows that the Chief Legal Officer paid someone to take the Bar Exam for him. She is holding a harassment suit over someone’s head. Or he saw the “straight” CFO in a gay bar. Blackmail isn’t always overt and it doesn’t necessarily mean handing over an envelope full of large bills. 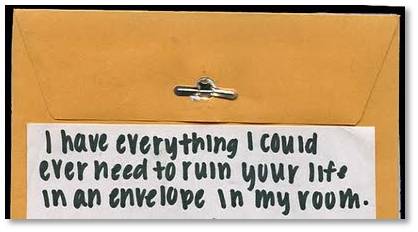 It’s How They Do It

These employees have a certain charisma and know how to use it but they don’t waste it on anyone who is not in a position to help them move up the food chain. The Big Boys on Mahogany Row all think he’s the bomb while everyone around him is afraid of the next explosion.

It’s Where They Hide

But even when co-workers line up to complain, nothing happens. No one wants to deal with a problem employee, not even the manager whose job it is to solve the problem. It’s easier to deny, delay, excuse, give a second (third, fourth) chance, delegate to HR, put him/her on a performance plan, offer counseling, and on and on. If any kind of complication, such as gender, age, sexual orientation, or physical disability is attached to the employee, it complicates the process and delays things even further. As long as the terrible person doesn’t make overt waves, raise his or her hand, rock the boat or otherwise draw attention, she’s safe.

A savvy con artist can persuade the CEO and other members of the management team that his or her contribution is critically important. “What would you do without me?” is the question and only one answer will do. They take credit for work done by others, disparage the real contributors behind their backs, and schmooze the gullible. By the time they’re done, even technically competent employees have been brainwashed.

It’s How Well They Control It

But then it passes and everything returns to normal. An explanation here, an apology there, a strategic contribution to the company charity, a commitment to a training program, or a week of vacation can do wonders. What I call the normality bias quickly takes effect: the people around him or her want to believe that their co-worker is just like them so they excuse a lot and accept the rest.

It’s What Will Bite You Later

In fact, the people who do complain about the terrible employee—whether to the manager or to Human Resources—often become the problem themselves. After all, they are the ones who are making waves and drawing attention to themselves. The toxic person is just being himself. When action is finally taken, it may be against the wrong employee.

So there you have it: seven reasons why bad employees keep their jobs and go on spreading their particular brand of poison year after year. I have taken them from my own experience in the high-tech industry but maybe you have some others from your career or a different industry. If so, please send them along in a comment. I’d love to hear your ideas.

1 thought on “7 Reasons Why Bad Employees Keep Their Jobs”