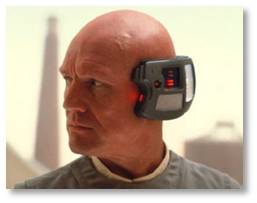 David Hunt recently pointed me to an article by Blogger Enrique Dans on “The Robotic Manager” in which Mr. Dans deals with the use of artificial intelligence and algorithms to perform many white-collar tasks. This interests me for two reasons:

On the one hand we have Andy Puzder, CEO of CKE Restaurants, Inc. and nominee for U.S. Labor Secretary, commenting on the automation of his fast-food restaurants. Mr. Puzder says of robots: “They’re always polite, they always upsell, they never take a vacation, they never show up late, there’s never a slip-and-fall, or an age, sex or race discrimination case.”

There’s also no personal interaction, no relationship building, and no anticipation of customer needs. Robots do malfunction and break down sometimes, though. And they need regular maintenance, programming and supervision. Or do they?

According to an Accenture study, “AI will ultimately prove to be cheaper, more efficient, and potentially more impartial in its actions than human beings,” said the authors in Harvard Business Review. Should we be concerned?  Nah. “It just means that their jobs will change to focus on things only humans can do.”

But who decides what those things are?

Because on the other hand we have Ray Dalio of hedge fund Bridgewater Associates LP. He wants to automate most of the investment firm’s management with a software system known as “The Book of the Future.”  In this system, human fund managers—who are presumably intelligent, well-educated and hard working—would be supervised, guided and outright ordered around by a machine. 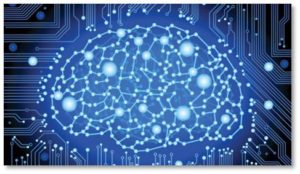 According to an article by Rob Copeland and Bradley Hope in The Wall Street Journal, Mr. Dalio believes that human beings work like machines but emotions prevent them from achieving their best performance.

Clearly Mr. Dalio sees no positive business contribution from emotion and wants to implement a system that blocks emotion by subjecting his fund managers to Overseers who, “act as the eyes and ears of top leadership.” We sometimes call people like that spies, snitches, rats and collaborators. I can only imagine how popular they would be at the Bridgewater Christmas party.

The corporate culture at Bridgewater sounds far worse that the Amazon culture that received so much criticism a year ago. In addition to the Management Machine, the Book of the Future, the Overseers, and Mr. Dalio’s disdain for emotions, it includes the usual culprits in a horrific corporate culture: frequent and intense criticism, impossible goals, high-pressure management, a combative attitude, crying in the bathroom, and departure of people who just can’t take it. One fifth of new Bridgewater hires leave in the first year.

Something new pokes its head up here, though. Reading between the lines of this article I formed my own opinion that Mr. Dalio, now 67, is facing his mortality. His response goes beyond making sure that his company and its culture will survive when he’s gone. Instead he wants to create a mechanical version of himself that will continue to run the company. 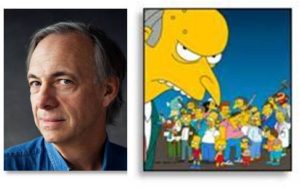 Imagine working for a creepy, mechanical Mr. Burns who imposes his will through software commands and a network of Overseers who implement whatever orders machines can’t handle. Presumably, the aggressive, high-performing, arrogant personalities who gravitate to hedge funds will be happy to work in such an environment.

The Rise of Egomation in Artificial Intelligence

What I see here is a critical combination of automation and ego: egomation. As a science fiction writer and reader I have seen this trope play out before in short stories and novels to the Twilight Zone. In it, the rich man seeks immortality by embedding his intellect and memories into a computer. Functioning as the system’s AI, he can live forever. The story, which usually includes a like like, “I will defeat death!” never ends well 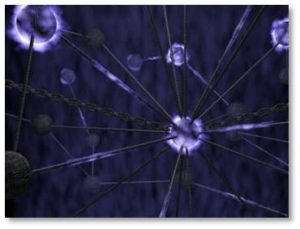 In essence, Mr. Dalio would become the emotionless system he admires so much and seeks to emulate. Operating on pure machine logic, he rules like Big Brother with an army of hunter-killer minions. The few humans allowed to remain on the job live in fear. Or perhaps he envisions his machine-self running a completely automated operation with him as an all-seeing spider in the center of an electronic web.

What could go wrong?

3 thoughts on “Artificial Intelligence and the Rise of Egomation”