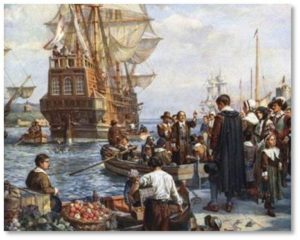 Two weeks ago I was gathering a group of “tourees” for Boston By Foot’s Dark Side of Boston tour when a visitor on vacation commented that she had found Bostonians to be very friendly. The other docent and I glanced at one another before commenting that we did not hear that sentiment often. After all, Bostonians have a reputation for being reserved and remote, somewhat difficult to connect with. Are Bostonians friendly? I’ll let you decide.

It’s not that the all folks here in Massachusetts are curmudgeons. We just don’t reach out to others quickly or easily. We tend to leave other people alone unless our help is requested. We expect that you know what you’re doing and we should not intrude unless given a good reason. Sometimes that’s true but people from more outgoing cultures can find it off-putting.

We’re All Puritans On the Street

New Englanders don’t offer a reflexive hand on the arm or a touch on the shoulder. No one here says things like, “Let’s me get that for you, Hon,” or “Are you having a good day, Darlin’?” or “Well bless your soul, don’t you look fine.” Sometimes we forget to smile. 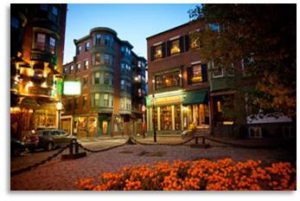 It probably comes from a Puritan ethic of emotional restraint that lingers despite the influx of thousands of immigrants from more expressive cultures like the Greeks, the Italians and the Jews. Wherever we may have come from or how we behave in the home, Bostonians all behave like Puritans when we are on the street.

Can I Help You?

That doesn’t mean we don’t care, though. If you have any question about that, just go to Fenway Park when the Red Sox are playing the Yankees. We simply keep to ourselves unless asked.

As a docent for @bostonbyfoot, however, I have broken away from that reserve in at least one way. When I see people studying a guide book, a paper map or Google Maps on a smart phone, I will stop and ask if I can help them find something.

Most often I get a grateful look, usually from the female half of a couple that has been struggling to find their goal without actually, you know, asking how to get there. It turns out that New England restraint combined with a masculine dislike of asking for directions is a bad combination. I have given directions to Americans, Europeans, Asians and many others. I have even given directions in French.

Still Nowhere to Go for Bostonians

The woman who found Bostonians friendly did so because no one had said no when she asked to use a bathroom. This is a still problem in a Puritan city that likes to pretend that human beings are not biological entities with bodily functions that require some accommodation. 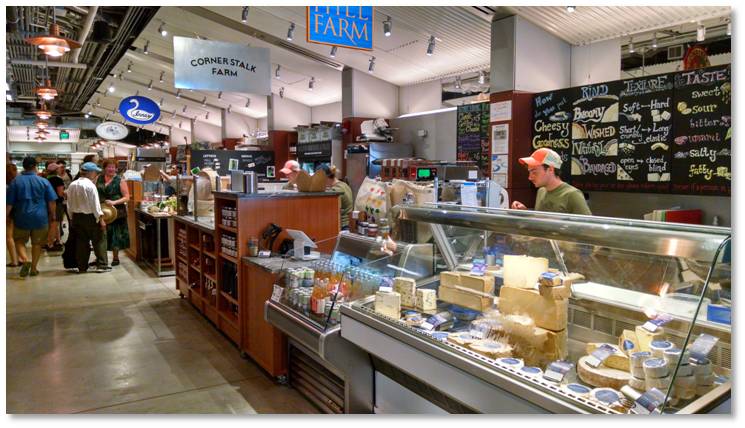 As I said in a previous post, “Nowhere to Go in Boston,” there are few public restrooms in the city. Some of the hotels I used to depend on have either removed a restroom that was freely available or put a card-key lock on it. Even the new Boston Public Market, with two sets of restrooms, has a sign that says they’re for customers only. (Don’t worry, everyone ignores it.) So I can understand her gratitude at being treated politely.

A New Spirit of Optimism

Perhaps some of that old reserve is finally disappearing as Boston, which is growing by leaps and bounds, lets go of its ingrained caution and gains a bright spirit of optimism. Consider these points:

With scores like those, why shouldn’t we be happy and friendly? Come join Boston By Foot’s  “wicked smaaht” docents on a tour and make up your own mind. I’m giving a private tour of the Back Bay tonight followed by the regular Dark Side of Boston tour on Saturday. Join me this weekend and tell me whether you think Bostonians are friendly.

1 thought on “Are Bostonians Friendly?”