On the day after Independence Day, I should have written a nice feel-good blog post about America and patriotism and our wonderful country. Instead, I am consumed with dread. I fear that the America I have loved since I was a child is about to disappear. 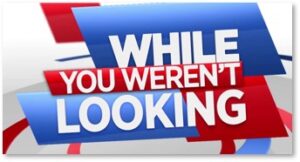 The danger is so real, so imminent, and so awful that I simply can’t ignore it. It feels like watching a slow-motion catastrophe and being both powerless to stop it and unable to look away. I want a hero to show up and save our Democracy.

Thus, I break two of my own rules for my blog to talk about guns and politics.

We have fewer than 140 days until Election Day in November and our country’s freedom is in play. In fact, the physical safety of our citizens grows more dire every day.

The Plan for Minority Rule

I believe firmly that, when someone tells you who they are and what they plan to do, you should listen and believe them. 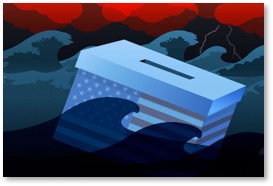 If you want to know what the Republicans and their minions in the Supreme Court will do next, you don’t have to look far. Author and talk-show host, Thom Hartmann laid it all out on his Twitter feed. I couldn’t sleep after reading it.

Or, if you prefer, you can read The Washington Post’s editorial on, “The Supreme Court’s next move might cripple our democracy.” Read them. Read every explanation you can find.

We Need a Hero

We don’t have one.

Instead, we have a wishy-washy party that is technically in power but acts like it’s the minority voting in futile opposition. We need strength but the Democrats give us weakness. They act like they have no power, no bully pulpit, and no ability to create their own message. America needs vison but instead gets a stubborn adherence to a bipartisanship that no longer exists.

The Only Thing We Have to Fear

Fear attracts the object of fear. The Democratic Party fears the right-wing opposition, They don’t want the Republicans to call them names, criticize them, and try to undo everything they accomplish. They think that making nice and acting bipartisan will work. It won’t.

By catering to them, deferring to them, and attempting to make nice with them, the Democrats will bring about exactly the scenario we fear. That’s permanent minority rule of America by a party that’s trying to rig the game because it can’t win on the strength of its policies. 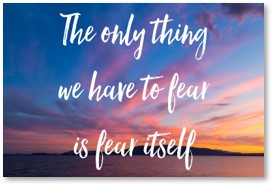 That explains why so many Democrats and Independents are frightened of what will happen next and furious at the lack of action. The party that should be leading the way is instead shrinking from the fight.

The time has come to stop “going high” when they go low. They always go low. It  seems there is no bottom to what the Republicans will do to achieve naked and unassailable power.

Do we have a hero in the house? Fewer than 140 days remain until Election Day. Tick tock.