Those of us who hate plastic packaging, plastic bags, single-use plastic bottles, plastic straws, and other forms of consumer plastic may be seeing a glint of light at the end of a long and destructive tunnel.

In December, Carol Ryan reported in The Wall Street Journal that “A public backlash over plastic waste is forcing makers of top household brands to rethink their packaging.” In her article, “Plastic is Big Food’s Next Headache,” Ms. Ryan calls 2019 a tipping point. Why? Because China has stopped accepting 45% of the world’s low-grade plastic trash. Unable to export the problem, countries must now figure out a way to deal with it on their own. Attention must be paid. 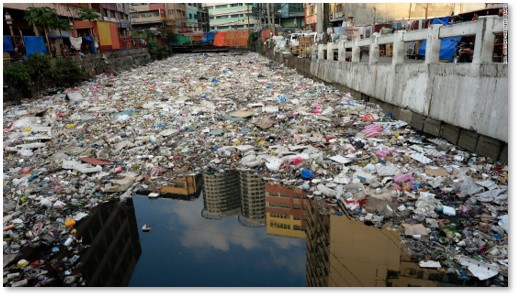 If plastic wasn’t affected by gravity, clouds of it would circle the earth. Like the smoke from forest fires or plumes of volcanic ash, it would block out the sun and cause a plastic winter. Fortunately, we can deal with it more easily at the bottom of earth’s gravity well.

I see three approaches to removing or reducing the plastic plague on the face of the earth: 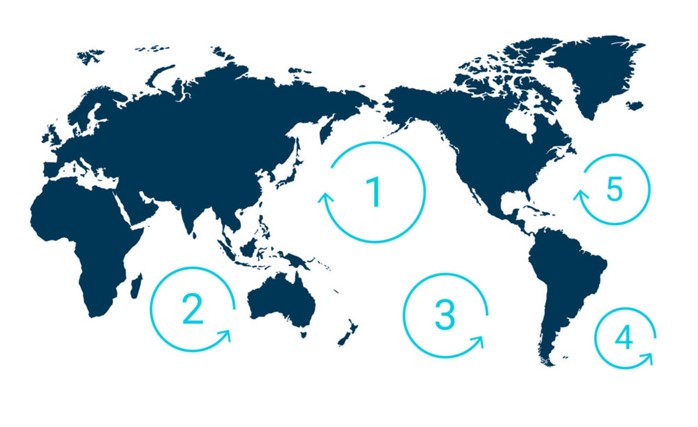 We don’t have to make an either/or decision here. We have to take all three steps and we must start as soon as possible. That’s why Ms. Ryan’s @WSJ story really resonated with me. Individuals and organizations can and do work on approaches #2 and #3. But until now the only impact we have had on #1 is to not buy anything packaged in plastic.

Most of us find that really difficult to do, however, because almost every consumer product has plastic on it somewhere. It starts with all the products that used to come packaged in glass bottles, cans, and paper or cardboard. Now we get plastic for almost every product because (A) it’s cheaper and prevents breakage, thus reducing the cost of production, and (B) it’s light, thus reducing shipping costs. 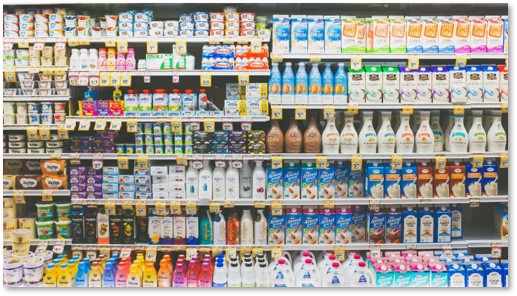 Your only choice is plastic

If the container is not completely made of plastic, it contains those annoying little components: rings at the top of a bottle or carton, plastic caps, blister packaging, plastic fasteners, plastic wrap, and more.

Manufacturers have found plastic a win-win because they could reap the benefits while bearing none of the disposal cost. Plastic trash that piled up on land and in the sea, has not been their problem—or their expense.

That situation is about to change and the change is coming about because we consumers have demanded it.  As Ms. Ryan says:

“Consumer activism is growing: ‘Plastic attacks,’ where shoppers pay for groceries but leave packaging for supermarkets to deal with, have spread across the world. Companies also face mounting environmental pressure from shareholders such as Aviva Investors and Hermes Investment Management.”

I find the early responses to this change encouraging: 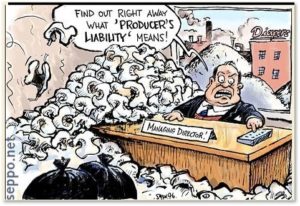 We will also hear more about Extended Producer Responsibility (EPR), a form of product stewardship. EPR makes manufacturers and brand owners responsible for the products they make or sell, along with any associated packaging, when they enter the waste stream. EPR makes producers help to pay for the costs of collecting, transporting, recycling and disposing of these products at the end of their life. No longer will manufacturers dump that responsibility on taxpayers and consumers.

An estimated 400 EPR schemes currently operate around the world , most of them mandatory. Small countries like Japan and France are leading the way. More EPR programs will follow.

The Downsides of Reducing Plastic Waste

Will we see a downside? Of course, we will. People resist change and try to find workarounds. Companies, restaurants and convenience stores argue against a short-term drop in revenue. At the same time, investors and shareholders demand that companies cut costs. 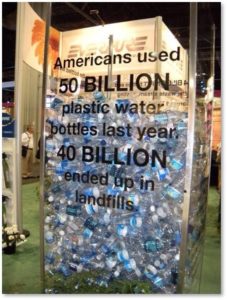 Product costs will rise as packaging and shipping costs rise. I expect that producers will pass much of the EPR costs along to consumers in the form of higher prices as well. No free lunches here—but we knew that. Still, when we attack Approach #1, the other two become easier to implement over time.

Lacking an EPR — or government regulations — some communities have taken the lead. The Massachusetts towns of Concord, Lincoln, Great Barrington, and Sudbury have banned single-use plastic water bottles and Sudbury has also banned plastic bags. Cities like Seattle, WA, and the entire state of California have banned plastic straws. The small Guatamalan town of San Pedro La Laguna has banned single-use items made of plastic and Styrofoam.

Small Steps on a Large Journey

These steps, admittedly small and localized, add up to pressure on the manufacturers and their shareholders. That pressure brings about big changes. In the meantime, what can we, the consumer, do?’

This shift will take longer than we can afford and it won’t be easy. But we have to do it—all of us—before we bury the Earth in garbage that takes thousands of years to decompose.