December brings its own magic to the year. It is my month. As much as I love the fall, December beckons me to decorate, bake and believe. 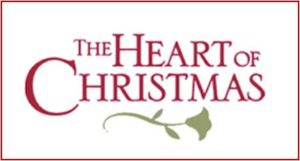 The season rekindles me. The frenetic pace of my job winds down and I throw myself into the joy of decorating and baking. This year I invested in some new bling for the house, have most of my shopping done (a little late on cards) and I’m looking forward to some vacation. And some Hallmark movies.

Over the weekend I dug out my Christmas sweater, reconnected with friends who thought I’d moved to Canada, and called upon favorite recipes. Then I purchased a 25 pound bag of flour because, you know…cookies.

I also checked in with Santa, or to be more precise, Santa Wayne, one of his very special helpers. He’s is a busy man and December is a demanding month for him. Santa Claus’s workload means he needs people he can count on and Santa Wayne steps up. 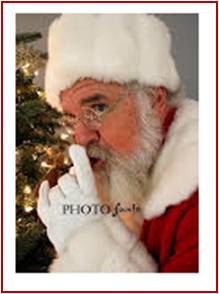 Children see magic because they are not afraid to look for it. The magic of Santa, his reindeer and the anticipation of a visit down the chimney touch the child in all of us. Santa Wayne lives the magic of Christmas, bringing it to everyone—young and old—that he sees. Not only is this his favorite season, it’s a journey he began several years ago by attending the Charles W. Howard Santa Claus School in Midland Michigan.

If you’re going to be one of Santa’s helpers, you go to the Harvard of Santa schools. The Howard School was founded in 1937 by actor Charles Howard, who cherished the magic of all things Santa. For eighty years they have offered classes in voice and make-up, reindeer habits and sleighs. Here is where you become a proper Santa, charged with sharing the enchantment of this ancient Christmas legend with children of all ages.

Santa Wayne understands the uniform is not to be trifled with. No department store suit for this man –his is tailor made, with white mink trim and white leather gloves. His beard is the real deal and gold wire rimmed spectacles complete his ensemble.

Through the Eyes of a Child

Children are naturally skeptical. They straddle the border between what is real and what is impossible, yet when it comes to Santa they make an emotional investment in the fantasy. As they grow older it’s like solving a puzzle when they figure out who is behind the imaginary stories and gifts. When the torch is passed we can continue the magic of Santa with deeds as well as words and gifts.

If you’re like me, there was no damage done when the truth became evident. I have wonderful memories and traditions from my childhood that I carried into my family of now-grown children. They know my mantra: “if you don’t believe, you don’t receive!” I am not ashamed to admit I make everyone go to bed before Santa will put gifts under the tree. To mock this means you get underwear.

When we leave childhood behind we still have the ability to see magic. It’s all in knowing where to look. Christmas and children go together, and the season has a way of bringing out the child in all of us.

Santa Wayne sees Christmas through the eyes of children. He shares their sense of wonder and innocence and tells me that each conversation gives him a glimpse into the Heart of Christmas.

Where Do You Find Christmas?

The legend of Santa began centuries ago. Although it has changed throughout the years the essence of these stories is at the heart of many holiday celebrations. No matter how you view him, he is very much a part of the Christmas spirit. I simply embrace him as part of the holiday magic I love, believing a little bit of Santa lives in all of us. Just like Santa Wayne. 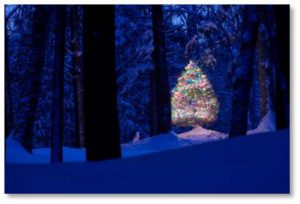 There is only one Santa Wayne, but each of us has the ability to don the gay apparel of generosity, listening and patience, caring and giving.  We can all be Santa.  The magic is doing it without anyone knowing it’s you.  Is there a giving tree at your office; or a food pantry in your town? How about the Marine’s Toys for Tots or donation boxes in supermarkets? What about an elderly person who would appreciate a visit and a cup of coffee?

A simple donation or volunteer effort is the antidote to the commercialization of Christmas; a reminder that the feeling can’t be bought, it can only be given. We’re offered an opportunity to appreciate what we have, who we are, and to pay it forward.

The season and Santa Wayne remind us that the magic of this holiday comes from sharing our time, our talents and ourselves. When we do this, we find that love lives in the heart of Christmas.

Thank you for sharing this blog space with me every Monday. One thousand words a week hones my writing and research skills, keeps me curious and reminds me that we live in interesting times.

May the magic of Christmas fill your hearts and may 2017 bring a kinder, gentler year.