I watch television and, unlike my husband who loves the Mute button, I often listen to the commercials. Thus I have noticed a recent trend in music for commercials and it’s retro rock. Using rock music in commercials is not new; advertisers have been doing it for decades. Advertisers have always liked oldies rock as sound tracks for their ads. 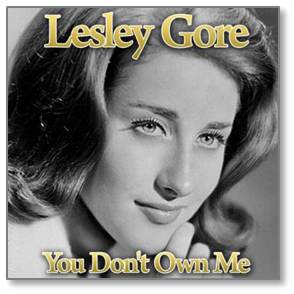 Here are four commercials that currently use oldies rock tunes:

The commercial, by Saatchi & Saatchi Los Angeles, appeals to the Millennial sense of freedom and individuality but it carefully deletes an important verse. These original lyrics tell us the song was sung by an angry girl to a jealous and controlling boyfriend:

Those lyrics don’t quite fit with the liberation theme of the commercial, of course, but they also highlight the fact that little has changed in the 53 years since those words first issued from transistor radios. Back then we knew less about the dangers of jealous and controlling males than we do now. We certainly didn’t think of this as an early feminist song.

“I Will Follow Him,” was sung by a lovesick girl who pledges to go wherever her boyfriend goes and this second verse states her dedication:

“I must follow him,
Ever since he touched my hand I knew
That near him I always must be
And nothing can keep him from me
He is my destiny”

You can hear the original recording on YouTube. Teenage girls swooned but the lyrics probably made teenage boys head for the hills. Obviously, the Apple commercial has a different perspective on this sappy tale. Whether people take their iPhone or the iPhone takes them can be a subject for discussion. One can’t deny the dedication to personal technology, however.

Also known as “Wimoweh,” TLST was originally written in Zulu and recorded in 1939 by Solomon Linda with the Evening Birds under the title “Mbube.” The Tokens, a doo-wop group, made the English-language adaptation a number one hit in the United States in 1961. I confess to singling along with this version and you can listen to it on YouTube.

While I fully support Walmart’s decision to source an additional $250 billion in products made, assembled or grown in the U.S. I will wait to see if it actually happens before I start shopping at Walmart. 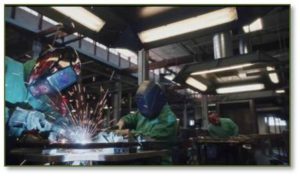 Why are we hearing more retro rock tunes on TV these days? Well, I can think of a few reasons:

Neither Ad Age nor AdWeek has covered this retro rock trend in commercials so I don’t have a real “feet on the street” perspective. But I’m listening with enjoyment for the next oldies commercial sound track.