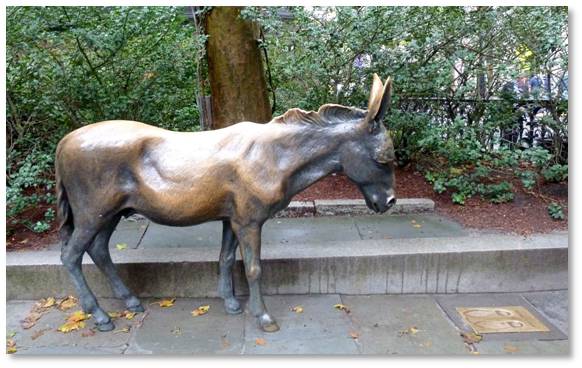 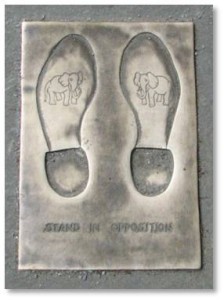 If you go to visit Boston’ Democratic Donkey, pay attention to the Old City Hall behind him. It’s an ornamental building created by Arthur T. Gilman and Gridley J. Fox Bryant from 1862 to 1865. The French Second Empire style of architecture was popular in France at this time, during the reign of Emperor Napoleon III. In this building the architects introduced it to both Boston and the United States. The French Second Empire style became very popular and was later used for the Executive Office Building in Washington, D.C. as well as city halls in Providence, Baltimore, and Philadelphia. 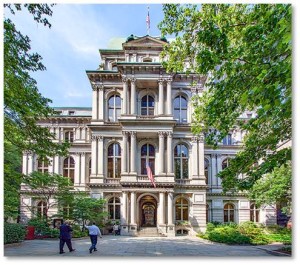 It is built of Concord granite with a central pavilion that is flanked by two wings. The structure is topped with a Mansard roof and a lantern dome. To call it ornate is almost an understatement. Old City Hall is decorated with a profusion of columns, pilasters, dentils, brackets and keystones that earned it the nickname of “Parisian wedding cake.”. 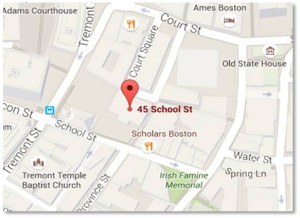