They’re at it again

The proposed legislation on immigration reform includes an attempt by Congress to protect American jobs by preventing Indian outsourcing firms from importing highly skilled but lower-paid Indian nationals into the U.S. At the same time, however, the proposed bill would double the number of these workers who can enter the country on temporary visas—from 84,000 to 135,000. This seems like a lot but those visas are snatched up very quickly. Even technology startups supposedly can’t find enough qualified people for all the jobs available.The crux of the issue is that Indian outsourcing firms want to hire those immigrants but the people actually go more to large American technology companies. At the same time, the Indian firms are complaining about new restrictions in the bill that, among other things, “. . . force them to “reduce their overall percentage of foreign workers to less than half by 2017. They will also have to “prove that each foreigner hired will not displace a domestic worker for six months before and after his or her employment begins and ends.” The upshot is that no one is happy with the bill. American companies want to bring in more low-paid Indian workers while Indian companies want them for their own American operations. What everyone seems to agree on is that the U.S. needs to drastically increase the number of H-1B visas it issues to foreign workers because American schools just don’t produce enough Science, Technology, Engineering and Math (STEM) graduates to fill all the open positions. Baloney.But let’s take them at their word and consider that a dearth of qualified candidates really exists.What to do?  What to do?Well, they could try getting creative and thinking, as the expression goes, outside the box. 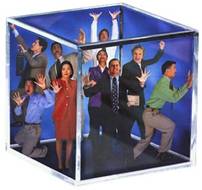 Years ago, I worked for Data General, a mini-computer company not known for having an understanding and empathetic culture. I had to fill a position in my department and was working my way through a stack of resumes. When my boss came in to ask how I was doing, I told him I was making progress and expected to have an offer ready in a week or two. That wasn’t fast enough.

To be fair, he probably knew of a hiring freeze on the horizon and wanted to get the position filled before that happened. He could have just told me this, of course, and empowered me with the relevant information. But he didn’t. Instead he threatened that if I didn’t have an offer out by the end of the week I would have to do that person’s job in addition to my own for however long it took.Whining that there just weren’t any good candidates out there would have done me no good at all. That was back when companies actually competed for qualified employees and expected to pay a good salary to the ones they hired. In a market where candidates have bargaining power, you have to get creative. I used a hiring model that served me well then, and in future years. I looked for a candidate who had 80% of the job requirements and made sure that the remaining 20% were in trainable areas. The person I hired became an excellent member of the department and he joined the company well before the deadline.If all those companies that can’t fill STEM jobs weren’t so focused on recent college graduates, or the top ten graduates from the most prestigious schools, they might find that good candidates exist right now among people who are older and unemployed. They could go to networking groups and job fairs. They could scrap unwarranted assumptions about older workers and talk to some of them. They might even look in other parts of the country that have been harder hit by the recession.The Race to the Bottom 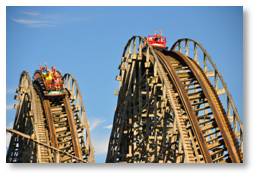 In yesterday’s @WSJ article, “Visas a Headache for Startups” Angus Loten quotes Hal Salzman, a Rutgers University professor who co-wrote a study for the Economic Policy Institute in April. The study shows that the companies’ claims just aren’t true.  “. . . colleges and universities are cranking out plenty of U.S. graduates” in STEM programs, “but only half are finding jobs.” Mr. Salzman continues that, “higher demand doesn’t reflect a limited supply of qualified workers, but rather a demand for cheaper workers.”In reading this ongoing corporate propaganda, it’s important to think between the lines and figure out what the motive behind it might be. In this case, the motive is to increase company profits by using young, low-paid immigrants instead of hiring competent and qualified American candidates of any age. The sole driver is the race to the bottom that, “will lower wages in the IT labor market and chase more domestic IT graduates into different fields.”Should the Congress collaborate in this effort? I think not. If they really care about protecting American jobs, opening up more H-1B visas is not the way to do it.Relevant Articles:Details on the proposed immigration bill can be found in these articles: