Skip to primary content
In a long but fascinating article in The Wall Street Journal entitled “The Criminal Mind,” Adrian Raine states that, “scientists have uncovered, quite literally, the anatomy of violence.”That’s a pretty big statement but Dr. Raine knows whereof he speaks.  He is “the Richard Perry University professor of Criminology, Psychiatry and Psychology at the University of Pennsylvania and the author of ‘The Anatomy of Violence: The Biological Roots of Crime ….” 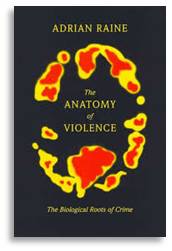 Dr. Raine should find a willing audience for his ideas as most of us struggle to cope with what feels like increasing incidents of violence in our society. We ask questions that have no answers: How could anyone murder little children?  How can a boy could shoot his own mother?  Or his own classmates?  What makes  a woman could kill her children?  We imagine what it’s like to watch a sporting event and wake up in the hospital without legs. This @WSJ article describes a new field called “neurocriminology,” based on the fact that we can now use neuroscience to “understand and prevent crime.”  This concept immediately raised images of “Minority Report” in my head.  That’s the Tom Cruise movie (based on a Philip K. Dick short story) in which a special police unit is able to arrest murderers before they commit their crimes. So how does neurocriminology work?  Dr. Raine says that, “brain-imaging techniques are identifying physical deformations and functional abnormalities that predispose some individuals to violence.”  These include both genetics and environmental factors such as exposure to lead, smoking and drinking by the mother before birth, complications during delivery, and poor early nutrition.   If the “nature vs. nurture” argument comes to your mind, consider this: “More than 100 studies of twins and adopted children have confirmed that about half the variance in aggressive and antisocial behavior can be attributed to genetics.  Other research has begun to pinpoint which specific genes promote such behavior.”

There’s a lot to digest in the this article, including the case studies that prove his point.  It raises the question of how we as a society can use this information to reduce acts of violence without cutting into individual freedoms.  Science fiction writers, including Philip K. Dick, have been mining this territory for years, of course.  As Dr, Raine says, “. . . if we can assess criminals for their propensity to reoffend, we can in theory assess any individual in society for his or her criminal propensity—making it possible to get ahead of the problem by stopping crime before it starts.”  That takes us back to Minority Report territory–and no one wants to think about detention camps for the potentially violent. 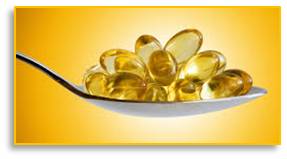 But what do we do about it?  One is a very simple and inexpensive fix:  giving young offenders supplements of omega-3 fatty acids reduces repeat offenses by 35%.  That’s a pretty big return on a small investment.  Other early interventions include better childhood nutrition, more physical exercise, and cognitive stimulation early in life. Based on this information—and assuming that we’re not going to start giving prophylactic brain scans in second grade, we should start by improving the lives of children.  The more we can do when kids are small, the greater the benefit to society later on.  And that benefit is not just the social advantage that comes from leading safer, happier, more secure lives. There are financial consequences to violence as well.  How much will the medical expenses of the Boston bombing survivors come to?  How much were Gabby Giffords’ medical expenses?  How much did the state and federal governments spend on finding or neutralizing the Boston bombers, or the Arizona gunman, or the Aurora killer?  How much do we spend on increased security at airports, sporting events, and other large gatherings?And those are just the big cases.  Even more prevalent are the smaller local crimes that never get much publicity outside of a town or a state.  Each of those has its own costs—including the cost of imprisoning a criminal for life. I hope lots of people who read this think more about early childhood intervention and less about isolating potential threats.  Dr. Raine says that a better understanding of the early biological causes of violence, “can help us take a more empathetic, understanding and merciful approach toward both the victims of violence and the prisoners themselves.”  One hopes.